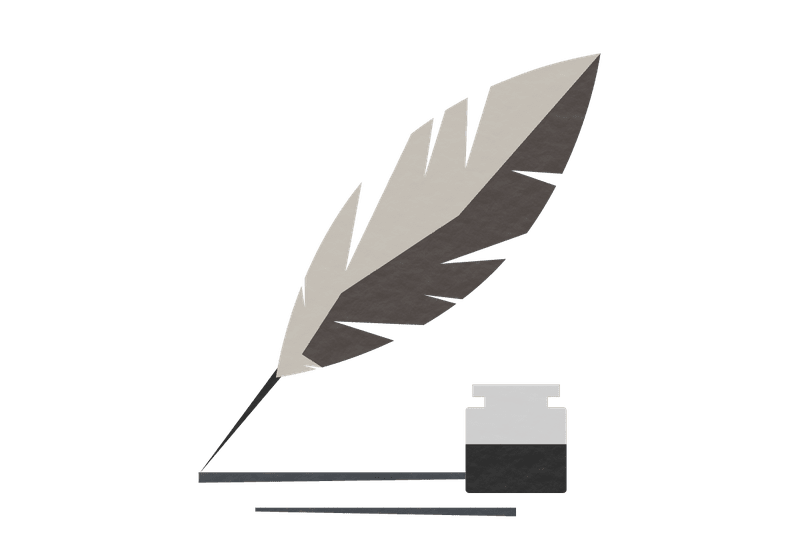 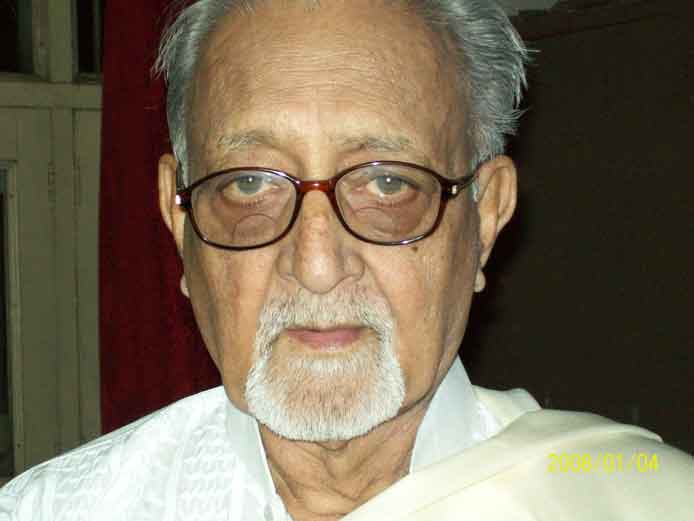 In his student days, he was an avid sportsperson, playing Hockey and Volleyball. He was also the Captain of his school’s football team. But he had an irresistible fascination for literature. He started writing in Urdu as early as 1954 when he was a student of S.P.M. Rajput School, Jammu. After matriculating in 1955 in first division, he joined G.C.M. Science College. He started writing in English and Hindi in 1955 followed by Dogri in 1956. His articles, poems and stories got published in college magazines and his Urdu stories were also widely published in national magazines, like Geet and Shama. He remained Editor of Urdu and English section of G.C.M. Science College magazine TAWI and Secretary of the Debating Society from 1958-60. He also participated in All India English Debate competition organized by S N DAS GUPTA College, New Delhi. He made his debut on All India Radio Jammu in “Kyari” programme. The poem “BHOLI” recited by him was later adjudged as the best Dogri poem of the year when published in the tri-monthly “Rekha” in 1960.

He left Jammu in 1960 after his selection in IAF and remained out of touch with the mainstream Dogri Literary Movement for almost seventeen years. . In this period, he had written in complete isolation and unhampered by any desire to get published and get pecuniary return for his writings. He was prolific in his writings, be it Dogri or English, writing with equal abundance and ease in both the languages. Whatever he wrote, he wrote with conviction, in what he passionately believed at that particular point of time. His contribution in Dongri could outnumber the work of many other contemporaries, though he never wanted to talk of quantity (that is the prerogative and privilege of readers) but of quality only. But he did feel that the then Dogri Literary Movement failed to notice new faces, relying only on visible names and so consequently becoming victim of complacency. In the end of 1978, he was reintroduced to the world of Dogri literature, thanks to Prof. R. N. Shastri, who insisted and procured a few manuscripts from him for publication. Prof. Shastri published about thirty pages of “NAMI-CHETNA”- in the quarterly publication of Dogri Sanstha. Simultaneously he was re-introduced in Sheeraja” a bi-monthly of Cultural Academy (J&K) as well. In his second innings, “Viyogi” burst forth in literary world of Dogri , coming out of his long hibernation like an avalanche, producing a dazzling array of poems, ghazals and sonnets. This time he got lot of attention and acclaim even from established Dogri names, who hardly recognized him all these years. He got Central Sahitya Akademi Award for his long poem “GHAR” in 1980, published by Dogri Sanstha in booklet form. Later this poem was also prescribed in M.A. (Dogri) syllabus of Jammu University.

In the matter of form, he seems to have been influenced by Rubai and some of the ideas too are similar to the ideas of the Rubiyat of Omar Khayam as translated, by Fitzgerald. Viyogi has also read the Gesta and the Profet by Khalil Gibran and has been influenced by them.Perhaps, Jaan Nisar Akhtar’s book of quadruplets 'Ghar Angan' was the only exception. But except for the form of expression, there is no other similarity since both have treated the subject in a pleasantly divergent manner. The scope of the poem Ghar is tremendous, and the ideas there in range from the mundane to the spiritual, from the physical to metaphysical, from the trivial to the mighty, from the terrestrial to the spatial and from the amoral to the deeply ethical. In between, one sees the strong family ties for which one needs a home, a “Ghar”.

The selection of Kunwar Viyogi's book of poetry "Ghar" for Sahitya Academy award’s best creative work came as a surprise to many. If ever he was in the race for this coveted honor, he emerged triumphant like a dark horse. His very first published book bagged the prize at a time when he was almost a nonentity in the world of Dogri literature. In fact, many were unaware if Wing commander Randhir Singh Jamwal was the same person Kunwar Viyogi.

Amenable to criticism and suggestion as he was, Kunwar Viyogi, did not find it difficult to cast the shell and preserve the kernel. The quality of viewing oneself from others' eyes held good for him during the rise of his budding career. He had tremendous zeal for learning, without being vain, a quality without which an avant -garde and flawless poetry is hard to come by. Unlike its resurrection in the early forties, Dogri poetry has acquired dimensional multiplicity of thought, content and form over the years. Introduction of Ghazal in Dogri poetry, therefore, was a unique experience. One wonders if Ghazal had found no adaptability in Dogri, it would have perhaps tragically missed the expression of lot of tender feelings. But poets love to explore new pastures and Kunwar Viyogi’s “Paihlian Baangan” was one such experiment with sonnets. A collection of 200 Dogri sonnets in the book came as a whiff of fresh air and hope for further expansion of Dogri poetry.

In 1960 his first one Dogri Sonnet was spontaneously inspired by Prof. Ram Nath Shastri’s “ Rati Da Khiri Bell” and wrote in Charan Singh room. Introducing sonnet in Dogri, however, was an even more adventurous and remarkable feat than the adaptation of Ghazal. Urdu being a language of the soil, Ghazal had an ethnic kinship with Dogri to facilitate its adoptability. But the arrival of sonnet, a form, unfamiliar and quite removed from psyche and ethos of Dogri language, culture and tradition was something amazing , if not, unbelievable. Sonnet is a fixed verse form of several centuries old Italian origin which later took the entire gamut of European languages by storm and underwent a pleasant transformation through English language. Shakespeare, Milton and other legendary English poets not only suitably modified and simplified this originally complex and rather tedious genre of poetry but also raised it to great heights and greater popularity. Sonnet is a small lyrical poem of fourteen lines, rhyming according to prescribed pattern, posing a problem bit by bit in the first 12 lines and providing an answer in the last two. In a way, Urdu couplet rubayi can be considered as its replica in four lines. In a rubayi, dry gunpowder is scattered in first two lines. In the third line it is ignited and in the fourth it explodes. In doha the same process is carried out in two rhymed lines.

As an intelligent and receptive student, Kanwar Viyogi grasped essence of the sonnet with ease. But he must have burnt the midnight oil to enrich his sonnets with authentic information, ideas and quotes. It was a remarkable achievement that he could produce such a bulk and still managed to maintain its high quality. It was all the more so because he was exploring an off-beat course. Going by the standard of the sonnets, one would hope that this genre would stay in Dogri like Ghazal. In his preface, he expressed hope that this book would motivate the readers to try their talent on sonnets. He was a prolific writer, who wrote nearly 850 sonnets, 5oo poems in Dogri, 20 stories, 6 novels, 25 essays, 1000 ghazals, 1000 Sher (couplets), 15 kundalian,3 Doha, 3 Chusmusa, as well as some book reviews and random thoughts. All these are under print.

Kunwar Viyogi wrote English sonnets with the same ease, simplicity, high quality and expertise. He had written nearly 365 sonnets 131 poems, 11 Gazals, 5stories, 6 Book reviews, essays, 11Kundalian, 16 Rubaian, 156Random thoughts in English. He also wrote more than 100 Features in English, published mostly in Kashmir Times. All these are under print. Though his name is unknown in English literature, he is bound to emerge as a shining star when his writings get published. He had given a Delhi publisher his 101 English sonnets—SO VIYOGI SAYS and four English Novels—namely, The Statues, The Unsolved Years, My Captivity and Timid Hearts for print. Unfortunately, the sonnets and novels are not available now and were not published either.

It was his very unique quality to use languages at ease, both in prose and poetry. Mastery of languages--Dogri, English, Urdu and Hindi perhaps allowed him to play with words. He regularly contributed to Sheeraja and occasionally to Kashmir Times and Times of India. In 1992-1994, he also worked as Assistant Editor in Kashmir Times (English) and Dainik Kashmir Times (Hindi). During this period he started the first one page Daily in Dogri namely Dogri Times. He used to regularly write the column “PATE DI GULL” ,( Heart of matter”), covering an entire gamut of subjects viz, metaphysics, literature, society, defense, international and national affairs and so on. In 2001 Nami Dogri Sanstha. Jammu honoured him by “Sahitya Shri Award”. In 1994 he shifted to Bhilwara Rajasthan and he continued to write “Pate di Gall” and other writings from 1994 to 2015. 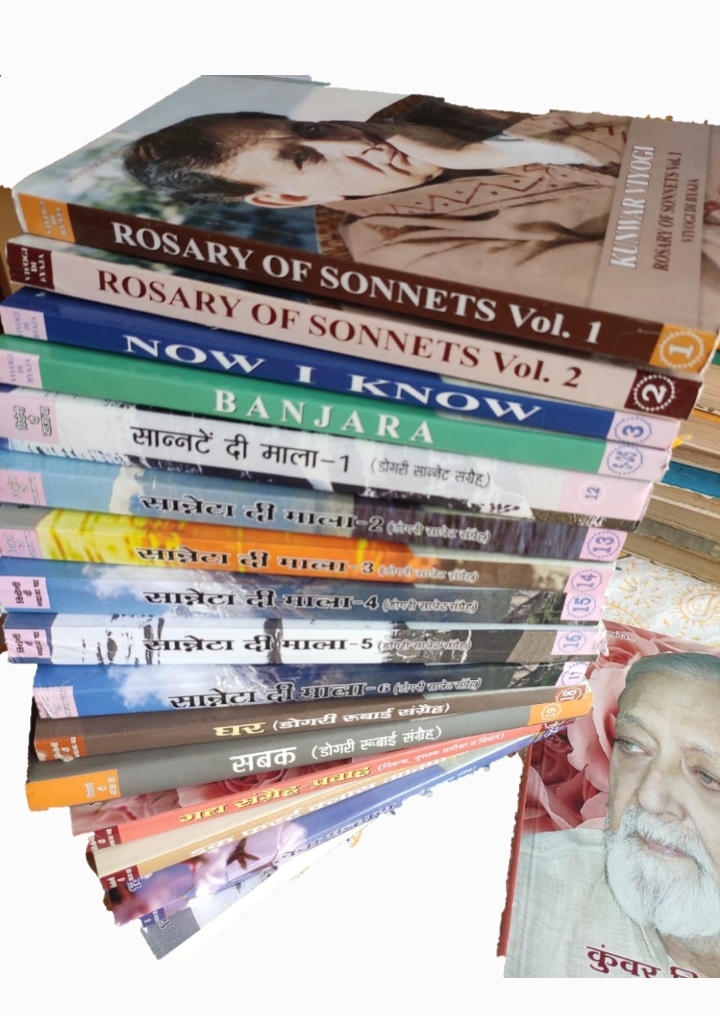