Dogra Rajput Jamwal ,Group Capt. Randhir Sigh, fondly known as KUNWAR VIYOGI was born in village Agore , Samba district , Jammu on September 4, 1940. Situated on the left bank of Chinab, it is near the historical township of Akhnur. 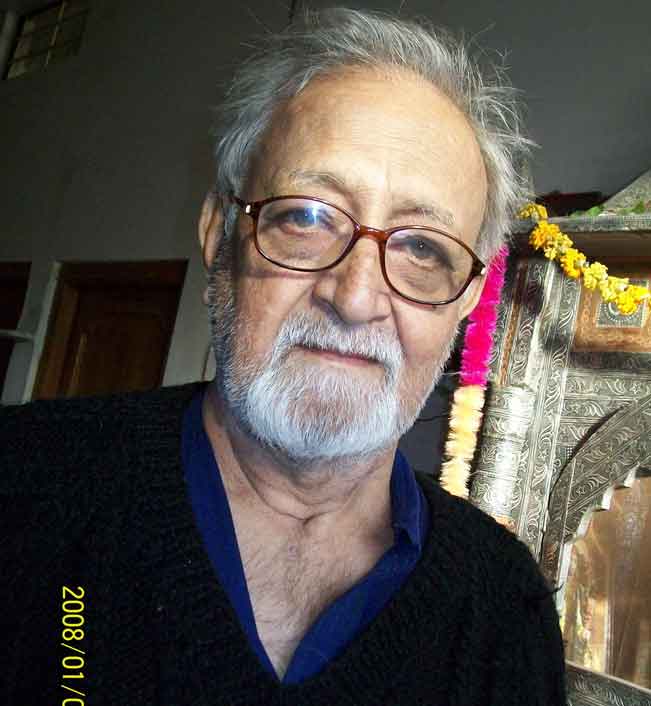 Kunwar Viyogi's family belonged to one of the earliest settlers in Agore. Love for the defense services perhaps came naturally to Kunwar Viyogi and his siblings. He had four brothers, all in defense services and three sisters married to Army Officers. He himself joined the IAF leaving his B.Sc. degree incomplete. But later he went on to acquire a number of degrees, not just BA but LLB, MBA and BJMC (I) as well.

God has gifted him high IQ, EQ , sharp memory and high moral values. He was always respectful to ladies of any class, creed, cast, status at any time. Ladies have played a great role in his life. He was always graceful and cheerful. He was a fearless, sharp and a very meticulous officer. An avid reader, discussion on any issue was a delight with Kunwar Viyogi because he could speak at length on any given issue, be it politics, religion, science or literature. It is so rare to come across a person who is a perfect blend of mind, body and matter. He was a very handsome man, an officer with very high standards of work ethics, deep love for his country and someone with a sharp mind that was always hungry for knowledge.

Kunwar Viyogi was very much attached to his mother. Being eldest and mature, Even as a child Kunwar Viyogi always assured his mother that when he will earn, he would not let her do anything. He also foiled the attempt of female infanticide in the family when he unearthed his infant sister after hearing her cry. He tried to devote considerable time with his mother.

He ran away to Delhi after the incident and managed somehow by working at some shops, doing tuitions to nursing students in science, cooking for himself. He was a voracious reader and even during those days of hardships, he continued to enlighten himself through his regular visits to the American Library situated at Carzon Road. He read lot of English Literature books.

Unfortunately in 1966, within six months both parents died, leaving him with the responsibility of seven siblings, the youngest being just 3.5 years old. Being head of the family and committed to the promise made to his mother, he dedicated himself to educating and empowering his brothers and sisters, who were like his own children to him.

Whenever he felt disappointments, surrounded by difficult problems and no solutions , he use to go for tracking in woods without telling anyone for few days. Many times he succeeded to solve his problems . He was a trained tracker.

In 1965 Kunwar Viyogi married to Prem It was only due to her unconditional love and support, that he was able to look after all his siblings with utmost love, affection and kindness. He was happy to see that all his brothers joined the Army and IAF officers. After completing graduation/post graduation, all sisters also got married to Army Officers. That gave him immense satisfaction that he could fulfill the promise he made to his late mother. Unfortunately, his wife was diagnosed of cancer soon after Viyogi's youngest brother joined the armed forces. As if she was just awaiting to perform her last duty. She died in 1988 leaving three daughters.

Viyogi decided to remarry. He got married to Sudha Chaturvedi , belonging to a highly educated Brahmin family in 1989.

In 1994 , they settled in Bhilwara and made "Ghar-AALNA". They adopted two daughters in 1994 and 1995 when they were just 13 and 17 days old. Initially, he contemplated doing some job but later decided to follow his passion of teaching. From childhood, he had nurtured the passion of becoming a English Professor so he started guiding students. He motivated them to enjoy English Literature, rather than pursuing the subject only for the purpose of passing the exams. From 1994 onwards, he also started guiding students for CAT, NDA, CDS and other state competitive examinations as well as interviews. For this he never charged fees.

He was a lovable teacher. In fact, a friend, philosopher and guide to hundreds of students and their parents who sought guidance from him, even on personal issues. He loved reading and teaching English Literature, which kept him quite busy the whole day. So he used to devote time to his passion of writing in the morning. Popular as "Colonel Sahib", his students greatly admired and respected him as Guru in a real sense.

Everything was going on smoothly but diabetes and kidney related problems started troubling him in 2009. That's why he shifted to Jaipur for treatment after a few years. He breathed his last on September 16, 2015 but soon after shifting to Jaipur, he made sure to marry both the daughters in June and July 2015.

Kunwar Viyogi's life can be categorized in three phases—

2. The middle phase 1964 –1988 was the most difficult period, being head of family, he turned mountains of difficulties with strong willpower, moralcourage , bravery, a promise to his mother, kindness, love and faith in God, succeeded in his goal.

3. The last phase 1989 -2015 was relatively relaxed when he got the opportunity to do what he enjoyed doing. It was a sort of giving back to the Society and the Nation what he got from life. 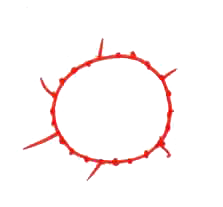